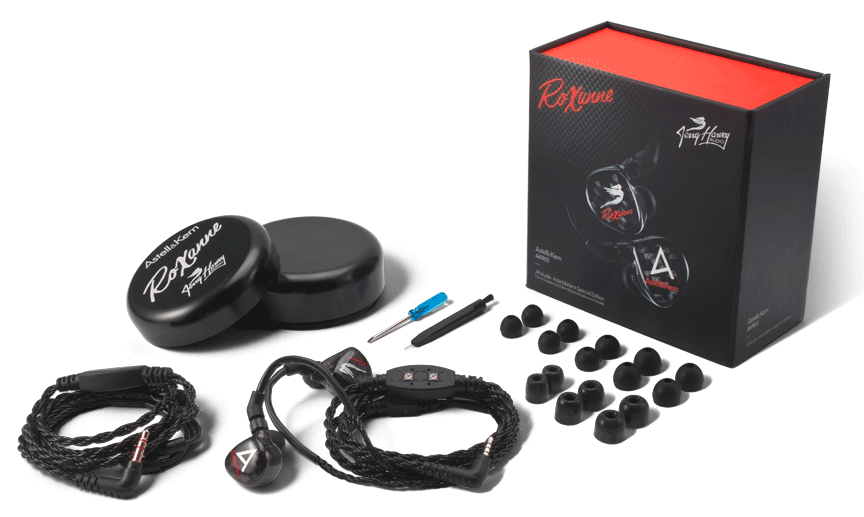 The siren series In-ear monitors are named after famous rock songs about women. Jerry Harvey Audio produced a special version of the Roxanne tuned for the Astell&Kern in 2014. The collaboration was so successful that the two companies will now release two more models.
The first new model is the Layla. This all new flagship model is nothing short of stunning visually as well as sonically. The second in the “Sirens Series” line, it is worthy of being named after possibly the most famous love song in Rock history. Recorded By Eric Clapton, with his band Derek and the Dominos and released in 1970 on Layla and other Love songs. Layla was inspired by Clapton's unrequited love for Pattie Boyd, the wife of his friend George Harrison.

JHA is proud to partner with Astell&Kern. The Siren Serien Universal fit IEMs plus the Astell&Kern high-res players lets you to hear the music how the Recording Artist and Mix Engineer intended. 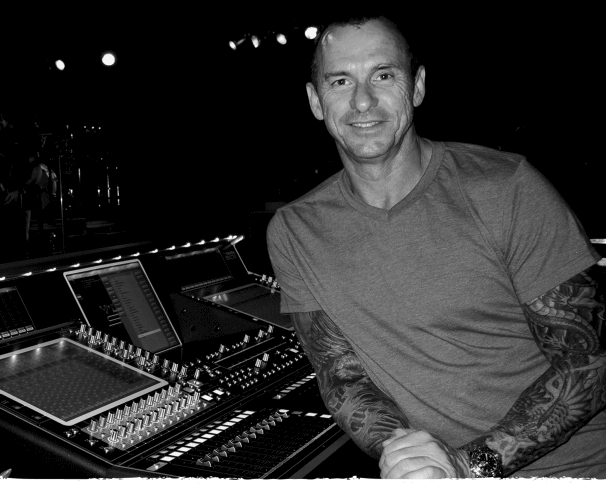 The Layla is the 1st earpiece I've designed to be a reference/mastering IEM. Most IEMs I design have a live rock and roll tuning with a little more emphasis on the lows and low mids, accurate but warm. The Layla bass response when turned down is perfectly flat and when fully turned up has +13db of boost at 60Hz.”
The Layla also has the most sophisticated crossover network ever put into a IEM. The shape of all crossover filters are all 4th order. This crossover circuit combined with the Freqphase waveguide and new proprietary quad drivers deliver an audio quality that will truly put you at the mix position in the recording studio whether it's hearing exactly what the mixer/producer and band wanted you to hear, mixing your own tracks or performing live.
- Jerry Harvey -
The 1st reference/mastering IEM from Jerry Harvey Audio
All new proprietary Driver designs
This series of IEM’s were designed to be used as a Mastering reference tool because the high driver was designed for optimum top end extension with minimal distortion. The mid driver is perfectly flat from 10hz to 5khz. Low driver designed for steeper low pass and with virtually no distortion. 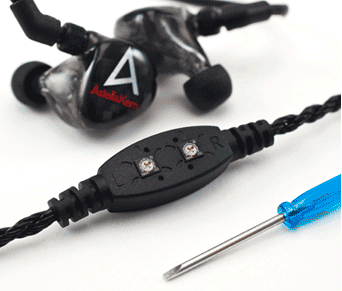 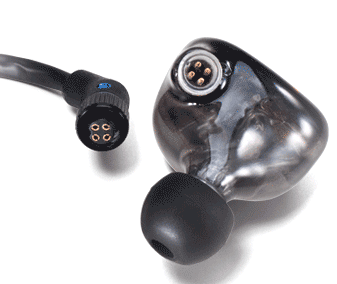 4-pin cable connection with Machined Aluminum Collar mechanism provides a more secure and strong connection with earpiece and will also help to protect it from sweat and dust.
Additional Balance Cable for Astell&Kern
AK240 provides a full balance output with its specific 2.5mm 4pole terminal. Layla is originally designed and tuned for the AK240 balance output and provides a balanced cable specially made to connect to the AK240.
Hand Crafted IEM made in the USA 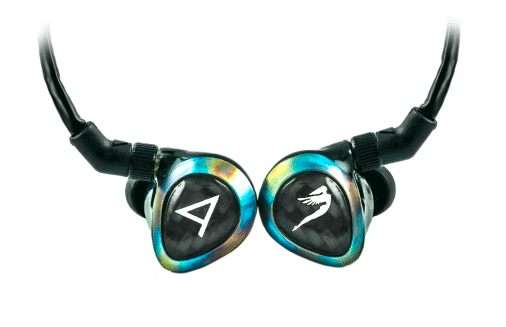 Jerry Harvey Audio is proud to manufacture Layla by using old school craftsmanship, while using the most cutting edge Technology.